CONVAT impact in press and media 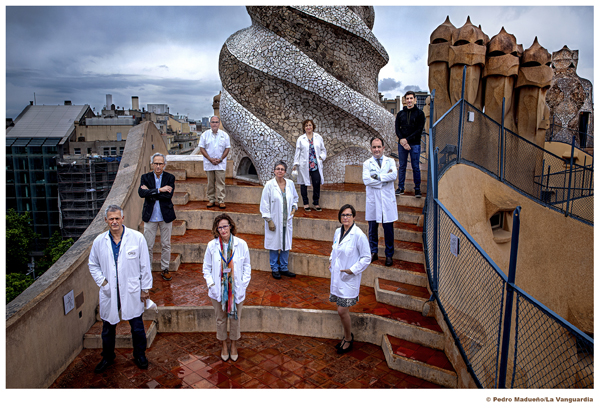 CONVAT impact in press and media

In the first months on going, CONVAT project has awakaned an unprecented impact and interest in the society at the International level. More than 200 individual pieces have been published in European and International media, specialized in science and healthcare, covering the CONVAT research project; as well as numerous pieces in general press.

ICN2, as project coordinator, has participated in nearly 100 interviews and stories so far, published in television, radio, and press at the local, national, and international levels. More than 60 articles and interviews have been published in Spanish national and local newspapers, journals, and magazines highlighting the main novelties and objectives of CoNVat project. Some relevant examples are the story and interview published in La Vanguardia (one of the main Spanish newspapers), and highlighted with the full-page cover of the newspaper, a two-pages feature and interview published in El País (another of the prominent Spanish newspapers) accompanied with an online video-story, and other articles in significant and widely-read Spanish newspapers like El Mundo, ABC, La Razón, El Confidencial, etc., plus press agencies like EFE or ACN. ICN2 has also deliver nearly 20 interviews to radio programmes in their newscast and large audience shows on national radio stations like RNE (public national Spanish radio), Cadena Ser, Cadena COPE, Onda Cero, RAC1, Catalunya Radio (public Catalan radio), etc. In television, the CoNVat project and ICN2 have appeared in the newscast of all Spanish TV networks and some regional televisions. Prof. Lechuga has been interviewed on several occasions by TVE (public Spanish TV), TV3 (public Catalan TV) and important private channels like La Sexta or Cuatro. Also, television reports have been dedicated to the project, broadcasted in daily newscasts or very popular programmes like Informe Semanal (TVE), and Prof. Lechuga has participated in large-audience shows like Al Rojo Vivo (La Sexta) or FAQs (TV3). Prof. Jordi Serra from the UB, who is in charge of the collection and study of SARS-CoV-2 in reservoir animals, has also participated in several media stories and given interviews to radios, television, and newspapers, and important communication channels like National Geographic.

We use cookies on our website to give you the most relevant experience by remembering your preferences and repeat visits. By clicking “Accept”, you consent to the use of ALL the cookies.
Cookie settingsACCEPT
Manage consent

This website uses cookies to improve your experience while you navigate through the website. Out of these, the cookies that are categorized as necessary are stored on your browser as they are essential for the working of basic functionalities of the website. We also use third-party cookies that help us analyze and understand how you use this website. These cookies will be stored in your browser only with your consent. You also have the option to opt-out of these cookies. But opting out of some of these cookies may affect your browsing experience.
Necessary Always Enabled
Necessary cookies are absolutely essential for the website to function properly. This category only includes cookies that ensures basic functionalities and security features of the website. These cookies do not store any personal information.
Non-necessary
Any cookies that may not be particularly necessary for the website to function and is used specifically to collect user personal data via analytics, ads, other embedded contents are termed as non-necessary cookies. It is mandatory to procure user consent prior to running these cookies on your website.
SAVE & ACCEPT